Moreira’s Magic is a comprehensive platform focussed on producing and developing the very best content, tools and advice for AFL Fantasy enthusiasts.

Selby Lee-Steere, who with his team, Moreira’s Magic, won the AFL Fantasy competition in 2017 by a record breaking 500 points and backed it up in 2018, making headlines with a tied finish for back-to-back titles.

After sitting out in 2019, Selby won a third top 100 cap with a 34th finish in the compromised 2020 season to seal the fate of being the undisputed greatest AFL Fantasy player of all time.

He now shares his research, insights and knowledge on what it takes to win AFL Fantasy through the Moreira’s Magic Season Guide and In Season Membership. He’s teamed up with Hawthorn premiership player and rising media star, Xavier Ellis, to deliver insightful and entertaining podcasts that are only available to members. A data scientist has also helped develop ground-breaking tools, such as the Price Projector and Bye Round Planner, which will set coaches up for success.

Members of Moreira’s Magic will be supporting a great cause. This year, $5 of every Season Guide sold will be donated to The Starlight Children’s Foundation.

To date, proceeds from the sales of Moreira’s Magic Season Guide have contributed to approximately $90,000 for Starlight and the Australian Red Cross. 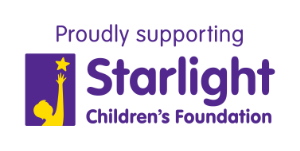